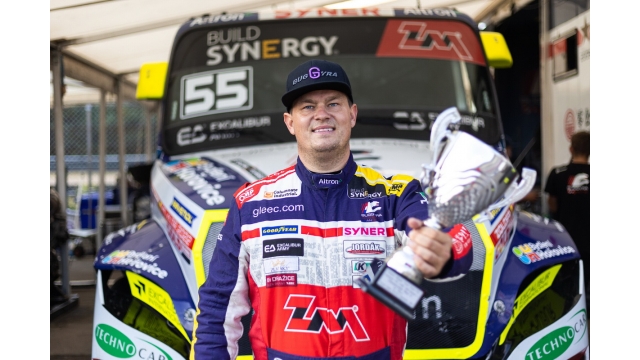 The Goodyear FIA ETRC championship continues with the seventh and penultimate race at the circuit in Le Mans, France.

The end of the season is associated with a double race every year. After Le Mans, the entire trucker family moves to Jarama, where the entire 2022 season will conclude. These two weeks will be very challenging for the team. “It’s nothing we don’t have experience with. Of course, it is always a big risk, which can significantly affect the end of the season and has already affected it several times in the past, but we are ready, including the reserve team,” said Buggyra’s head of communications Jan Kalivoda, regarding the demanding logistics.

Adam Lacko took his second victory of the season in the previous race in Zolder and will try to expand his collection right away in France. “I like the Le Mans circuit. It’s always a little bit special here, because the background of the famous twenty-four-hour race breathes on you from every part. If we look at history, truck races are also admired here. We have a clear goal, namely to reach the podium positions in the running order. I believe we have what it takes here at Le Mans,” said Adam Lacko before leaving.

It is a home race for the second member of the team and Teo Calvet is also aware of the size of the event. “I have information from the organizers that everything is probably completely sold out. A record number of visitors is expected, which of course makes me happy as a local rider. Where else should I show myself than at Le Mans. On the other hand, it is a big responsibility and I approach the race with respect. We’re doing well, so we have something to build on,” said the French rider.