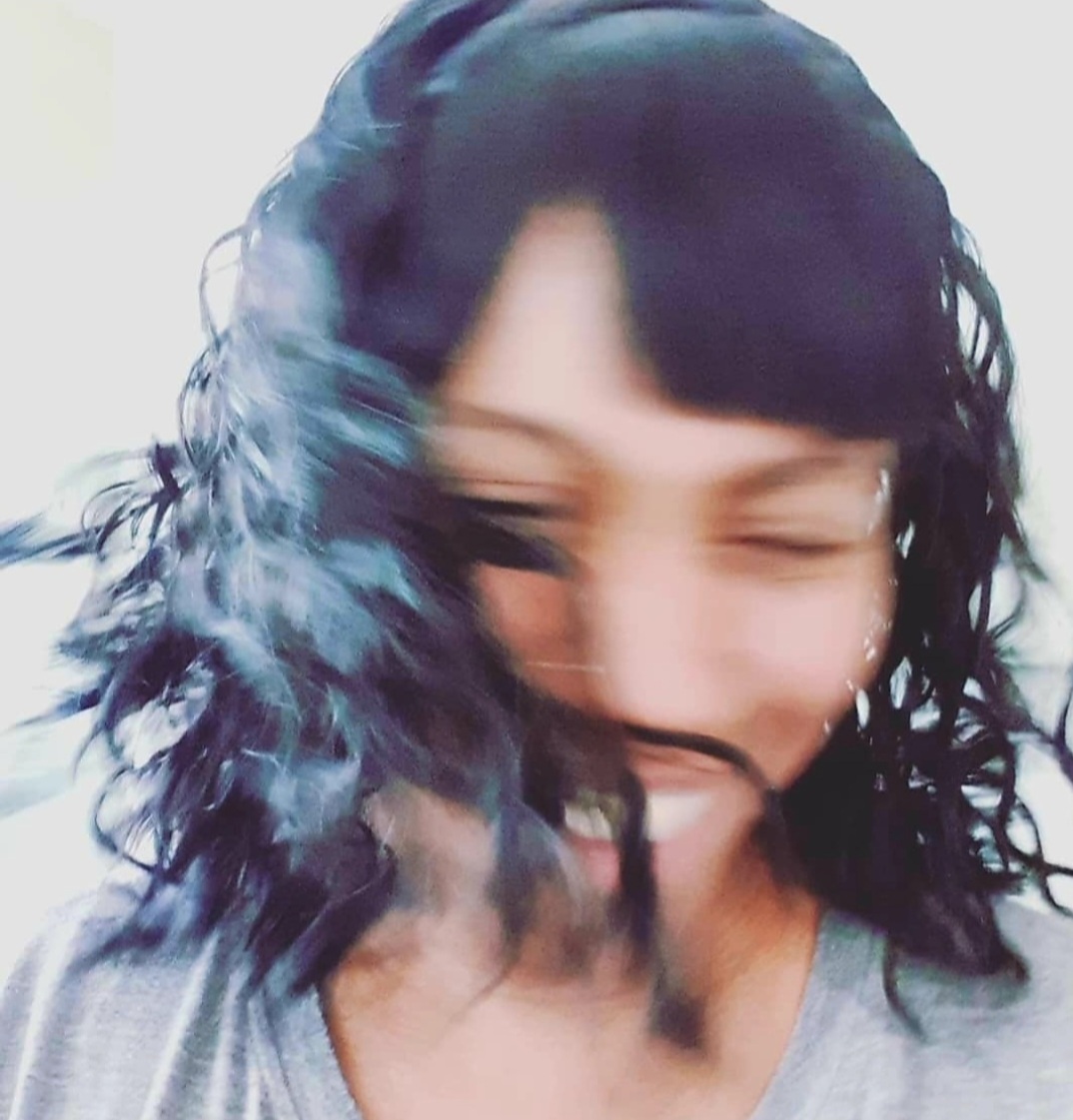 Nichola K Johnson’s ‘Sounds of Diamonds’ has been described as an emotional roller coaster of a read. As readers walk alongside a young girl (based on the author). One critic wrote, “This book was an excellent and a truly inspirational read.”

Croydon, Surrey Sep 23, 2022 (Issuewire.com) – Nichola K Johnson admits ‘Sounds of Diamonds’ was difficult at times to revisit, yet she remains humble and poised in question. Johnson’s strength and determination are boundless.

However, Johnson maintains that everyone has it within them to turn a life of abuse and torment into one of joy and prosperity. Just pick up a copy of the book, because the heroine depicted within is a beacon of hope for anyone.

Sounds of Diamonds evolved after Nichola experienced severe depression and bereavement grief following the loss of her father and sought therapy, her therapist gave her some great insights to her past and told her to write down her earliest memory and everything that happened to her to help as a healing process, and as she began, she realised there was way much to tell and diverted her journaled memories into story form.

Sounds of Diamonds is a story of Nichola’s life as a child as it unfolds from the day her mother gave her up for foster care unbeknown to her father. Just as she was about to become adopted, her father finds her whereabouts and wins a full custody battle, but unfortunately, her fathers’ partner at the time physically abuses her behind closed doors for five years before they spilt up.

Nichola’s father – a young father and a well-known DJ, following his break up felt the best place for Nichola would be back with her biological mother not knowing she was unstable mentally, and an alcoholic. Nichola finds herself once again being mistreated, living a life of neglect, with both mental and physical abuse. Her mother exposes her to all the wrong things, and as she becomes a teenager, she blames her for all her downfalls, tells her she regrets she was born, and leaves the country leaving Nichola alone in their flat at the age of 13. Nichola learns to survive by stealing to eat, she no longer goes to school and faces further letdowns and challenges before social services are contacted and she is reunited with her father.

Nichola and her father struggle to connect since deep down she blames him for everything, but they manage to turn things around following his efforts and dedication to support and help her with her healing. She learns to trust him after she realises he had no idea of the past and how both ‘mothers’ treated her but is still confused in life, she is deeply affected by the past and feels like a failure with no escape from her emotions and attempts suicide.

Her single father does everything he can to inflict love and value on her and their relationship blossoms into a unique father/daughter relationship and she dotes on him for everything. Sadly things turn for the worst when he becomes ill and she finds herself alone once again. She enters a bad relationship that leads to her living life in a hostel bringing more dramatic and troubled events until she is backed into a corner and forced to contact her father after being estranged for over a year.

With the support of her father, Nichola manages to learn from all her past experiences as she gets older, she becomes focused on achieving a better life for herself despite her setbacks and pain, and she becomes determined to do whatever it takes to make a success of herself, she becomes confident, successful, and achieves everything she sets out to achieve and is on her way to full healing until sadly her father loses his battle with his illness and passes away.

There are hidden and subliminal reasons throughout the story that relates to the title and once you get it, everything will become clear.

“We all have a story to tell,” explains the author. “My start in life was far from ideal and the story is based on my own experiences. I want to show people who have experienced similar experiences that they can channel their pain into strength into determination and change their life for the better. It might not end up being perfect, but better days are always ahead. I also wanted to tell the story of a single father’s struggle and determination to change his life in order to put his child’s needs first, I wanted to change the stereotypical narrative of black fathers and show there are smart, dedicated, and strong men out there doing what they need to do for their children.”

Continuing, “The response to the novel has been absolutely overwhelming. Many people are resonating with the raw, uncut emotion that drives the story, and I hope they are turning the last page with plenty to think about in their own lives.”

Indeed, reviews have been glowing. Julie writes, “The best novel by an unknown author that I have read in a long time. The story is compelling and vividly describes Nikki’s troubled childhood. Although it starts as the story of a victim, bullied and abused over and over again, it is ultimately a story of strength and success. To come from nothing, to have had the worst start possible in life and yet to achieve so much, is a testimony to Nikki’s character and determination. This story gives hope to anybody, no matter what they have been through in life. It’s never the end till you say it’s the end.”

SD adds, “There’s subtle suspense to Nichola’s writing that pulls you into the scenes. Her writing style makes it easy to read, you really get drawn into each character, what Nikki was going through, and most importantly how she was feeling. Once you start reading you don’t want to stop. Albeit some parts are sad but these parts are important to tell.”

Nichola K Johnson was born in 1975 to her mixed-race mother and black father and was raised in South London. She grew a passion for the arts, music, and books as a child and fell in love with the very first big book she read at seven years old – C.S. Lewis’ fantasy novel ‘The Lion, The Witch & The Wardrobe.’

She studied Art, Fashion, Design & Technology at Croydon College, and although choosing a career path selling property, she capitalised on her creative ability by writing articles on London’s property market, and economic conditions, and predicted property prices and forecasts for ‘The Living South’ magazine, and ‘Absolutely’ South East. Following a challenging time in life and a desire for a stronger work/life balance, Nichola chose a different career path and became an airline crew for British Airways allowing her to travel the world before redundancy in 2020. She now writes full-time from home or in coffee shops around South East London and can be found on Instagram @iamnikkikjohnson and on Twitter @iamnikkijohnson

Nichola found her understanding, passion, and a true talent for writing books six years ago, and following the positive feedback and response from Sounds of Diamonds, she has now taken the route of becoming a romance thriller novelist and has completed her first story of a two part which will be available soon. 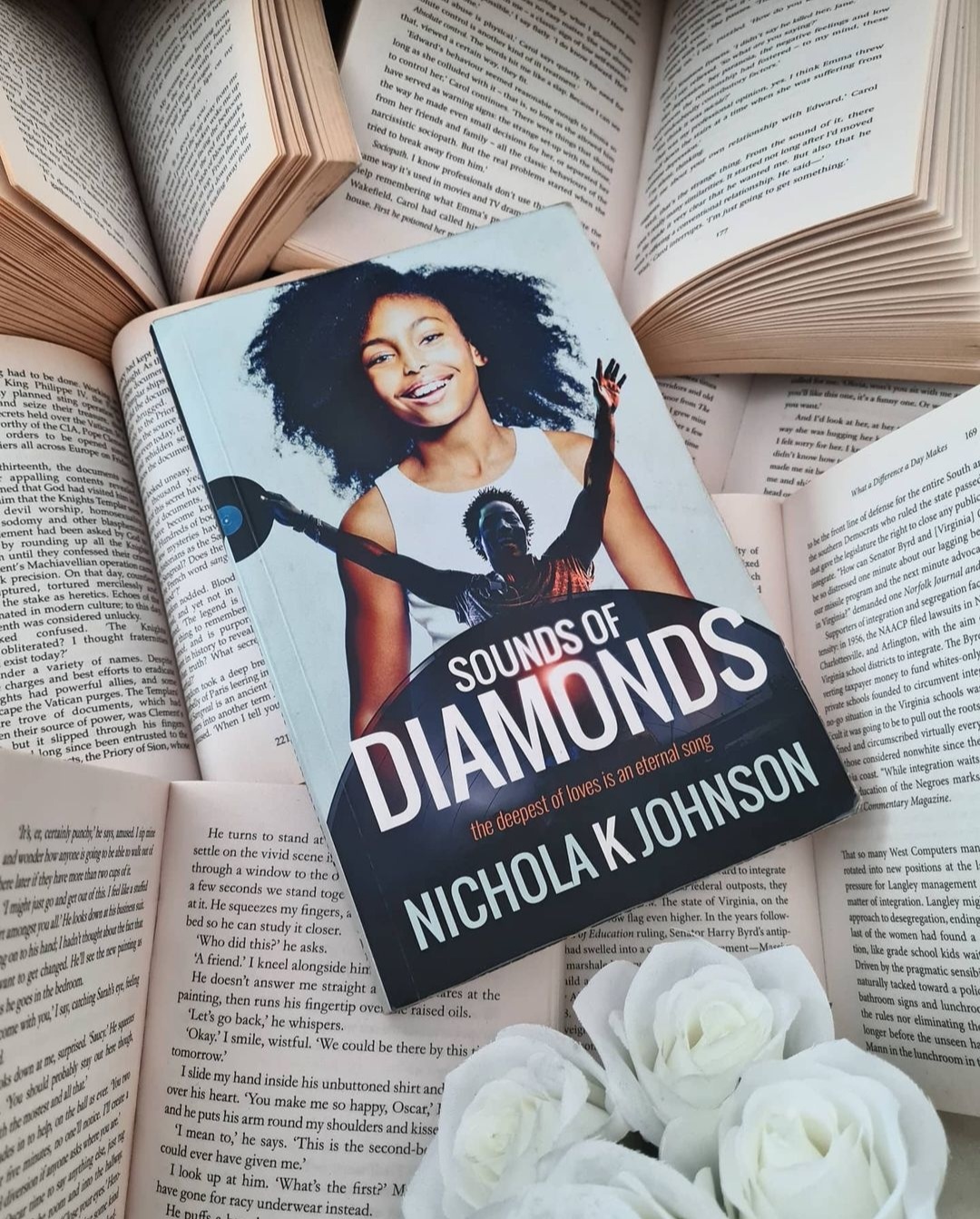