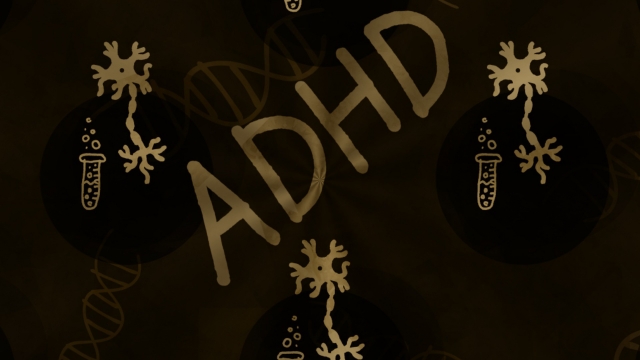 According to various psychiatric advocacy groups, ADHD is a neurological disorder indicated by an ongoing pattern of inattention and/or hyperactivity-impulsivity that interferes with functioning or development. The problem is that, like the “chemical imbalance theory of depression” which has recently been proven false, it is uncertain what causes it. [1,2]

Although the broad spectrum of symptoms designated as ADHD by the Diagnostic and Statistical manual would suggest that these symptoms are uniform indicators of a credible disorder, they are not able to be proven other than by consensus. There are no blood tests, no scans, no urine, x-ray or any other medical means of measuring or proving ADHD in a reliable medical fashion. [3]

“Certainly,” states Diane Stein, president for the Florida chapter of the Citizens Commission on Human Rights (CCHR), “people can lack focus, have a hard time concentrating, perform poorly at work or other tasks, etc., but to lump them all into the category of a bona fide illness – or what is being called a singular disorder with or without hyperactivity, is misleading and just bad science.” [4]

According to psychiatric watchdog CCHR, what is labeled as ADHD is a myriad of symptoms that could stem from a variety of causes and to categorize them as a singular disorder precludes any further inquiry into their cause.

If, for instance, a child has an allergy to a particular food or ingredient, all the psychotropic drugs in the world, would not correct the problem. Not only that but that drug could mask the real problem and, in addition, the drug itself could cause harm. [5]

Those who advocate for the usual psychiatric address to the problem, recognize that it is not a cure, only a temporary solution as many children diagnosed with ADHD will continue to exhibit the same symptoms into adulthood.

According to estimates, approximately 6.1 million children in this country alone, have been diagnosed at one time or another with ADHD and between 4-8% of adults. These are staggering numbers and an obvious cash cow for the pharmaceutical and psychiatric professions as an estimated 62% of children so diagnosed (only for ADHD) are on at least one psychotropic medication and approximately 44% have received some sort of behavioral modification. [6,7]

Unfortunately, very little consideration appears to have been given to alternatives, such as food and allergy testing, and non-drug solutions. CCHR invites you to visit their offices at 109 Fort Harrison Avenue in downtown Clearwater and to learn more. You may also call 800-782-2878.

About CCHR: Initially established by the Church of Scientology and renowned psychiatrist Dr. Thomas Szasz in 1969, CCHR’s mission is to eradicate abuses committed under the guise of mental health and enact patient and consumer protections. L. Ron Hubbard, founder of Scientology, first brought psychiatric imprisonment to wide public notice: “Thousands and thousands are seized without process of law, every week, over the ‘free world’ tortured, castrated, killed. All in the name of ‘mental health,’” he wrote in March 1969.

[2] Depression Is Not Caused by Chemical Imbalance in the Brain

[4] Researchers Doubt That Certain Mental Disorders Are Disorders At All –

[5] The Side Effects of Common Psychiatric Drugs – cchr.org/sites/default/files/The_Side_Effects_of_Common_Psychiatric_Drugs.pdf

[7] Data and Statistics About ADHD – cdc.gov/ncbddd/adhd/data.html